As Featured In Forbes : How Paralysis Led This Entrepreneur To His Next Venture

As Featured In Forbes : How Paralysis Led This Entrepreneur To His Next Venture 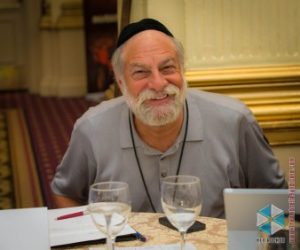 The morning of September 17, 2004 started like many other days for businessman and entrepreneur Barry Shore. At 55, Barry had just returned from a trip overseas with his 17-year old son. Barry is the Founder and CEO of Dlyte.com and is a successful serial entrepreneur across a variety of industries.

Despite waking up physically strong, by the end of the day, Barry would be a quadriplegic, unable to move anything except his head—left to right.

“I was standing up in the morning, and in the evening, I was in the hospital paralyzed from my neck down,” says Barry. Barry was later diagnosed with Guillain-Barré syndrome (GBS), a rare disorder in which the body’s immune system attacks the nervous system. The disorder can be so devastating because it strikes without warning—and because there is no specific, singular cause known by doctors at this time. GBS affects about one person in 100,000, according to the National Institute of Neurological Disorders and Stroke.

Barry would remain in various hospitals for 4 and a half months. He had a hospital bed in his own home for 2 years. He couldn’t turn over by himself, and he had braces on both legs—from his hips down to his ankles—for more than a year.

But if you saw or heard Barry speak today, you’d be able to tell he’s full of life and just as vibrant and driven as before being diagnosed with GBS.

Barry credits prayer, therapy, and love—PTL as he calls it—and conscious leadership as the factors that have turned his setback into a positive outcome.

Prayer has been a foundation that has helped Barry persevere and grow.

About the Author: Barry/Efryim Shore

Check out www.BarryShore.com Efryim attributes his positive attitude to a conversation he had with his aunt at the age of seven. Efryim, originally from Boston, was looking out the window on a stormy New England day. It was cold and rainy and Efryim could think of many reasons to be upset. “What a horrible day,” he exclaimed. Just then his aunt came up behind him and chided him for seeing the negative. “What are you talking about?” she asked. “The rain and snow are so good for the world. It helps the plants to grow, it fills the river basins, and gives us water to drink. We can’t survive without rain!” “That was a seminal moment in my life,” he recalls. “My eyes were different from then on. I realized that I had a choice whether to see the good in a situation, or to focus on the opposite. Sometimes in the midst of a very hot or rainy day you can find yourself beginning to grumble and complain. Stop yourself right before the negative words leave your mouth and say, ‘Thank God I’m alive; I’m walking; I can smile!’” Efryim’s signature on his email says www but it isn’t followed by a domain name. Instead he gives new definition to the acronym – “What a Wonderful World!” As far as he’s concerned, it truly is.